Have you ever had a nightmare about one of the world’s deadliest snakes crawling up your pant leg? Well, now you will. Sorry about that. 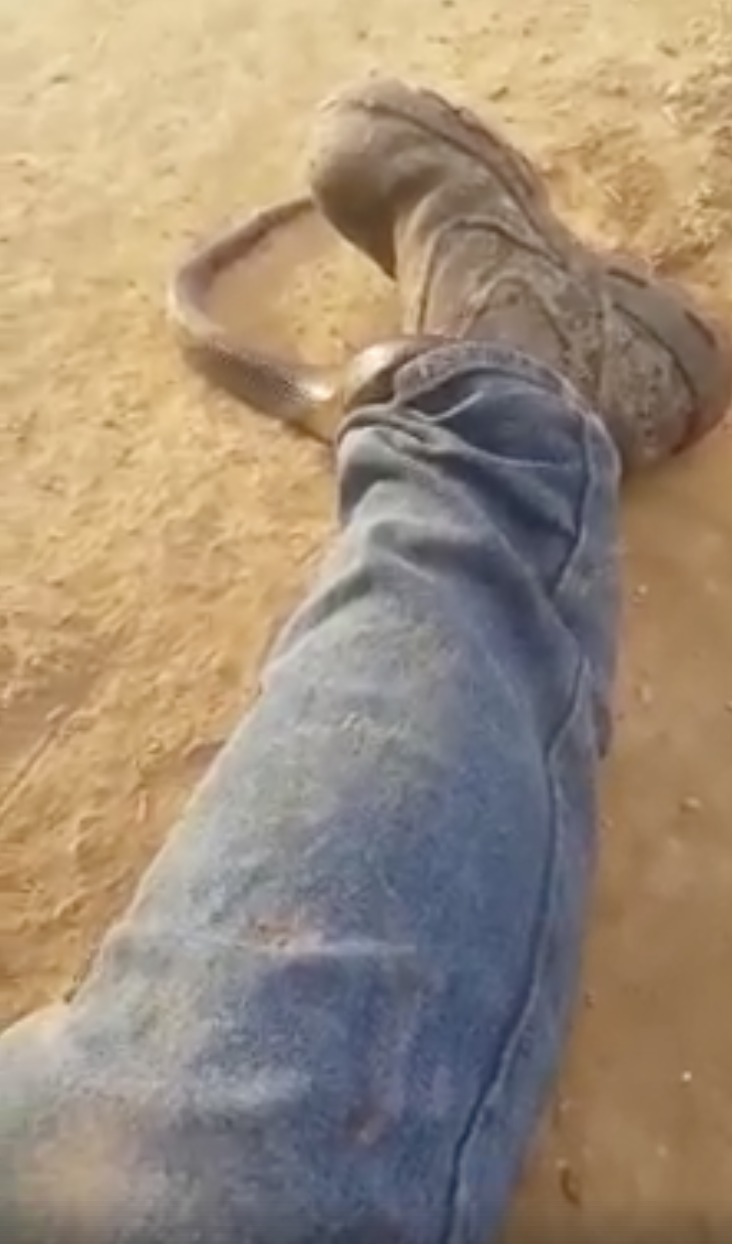 What was just a nightmare for most of the people became real for China Gibson, who lives in Australia.

China was outdoors and, apparently, not paying much attention to what was happening under his feet when he felt something cold touching his leg… inside of his trousers! He looked down and saw the tail of a tiger snake, slowly disappearing in his left pant leg.

(Tiger snakes, in case you’re wondering, are very very venomous and might very well kill you. Just like most things in Australia.)

The first thing that Gibson did was clamp his pants with a vice grip to prevent the snake from getting too close to his groin. The second thing was taking his phone to shoot a video so that this image could haunt your dreams forever.

The video starts with a shot of him sitting on the ground, understandably sputtering out every profanity he can think of. Having no one to call and with only a small vice grip separating his crown jewels from an unimaginable fate Gibson had few options. So he gives himself a countdown, grabs the snake by the tail, yanks it out as fast as he can, and gets the hell out of there, frantically swearing all the way.

“He’s alright, he’s all safe,” he finally comments after getting his breath.

The story of China Gibson and the snake was uploaded on Youtube on April, 1, so some Internet sleuths questioned the reality of this video. They say that the snake’s mouth was taped, or it wasn’t alive or even a real snake at all. And what do you think?

As to us, we probably won’t be going to Australia without very, very high boots!